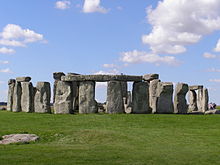 Stonehenge. The secrets of megaliths

A version how people transported megaliths in Stonehenge.

They started their work in summer.

They prepared road for transportation. They needed a clean and glade road without stones and other irregularities. (No.4 on picture)

Perhaps they cut the topsoil and covered the road with clay. (No.3 on the picture)

They used clay because they wanted to hold water inside the road.

In autumn rains filled road with water. It looked like a big puddle. (No.5 on the picture)

In winter road froze. Then they got a smooth ice skating rink slightly wider than a megalith.

Megaliths (No.11) were transported in winter.

Mechanism and vehicles for transportation were prepared in summer. 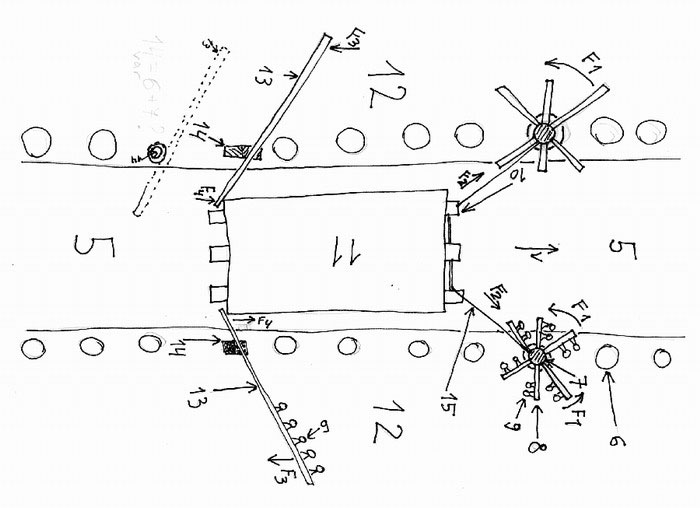 First part had two winches. They located on the right and left side of the ice road. In summer people dug many pits along the entire road. (No.6 on the picture)

People tied a rope (No.15) around the log. Another end of the rope was tied to logs under the megalith. (No.10)

Wherein people walked through the snow (No.12), they moved megalith on the ice (No.5).

Every time when megalith reached the winch, they put the winch into a new hole and repeated the whole (No.6) process. 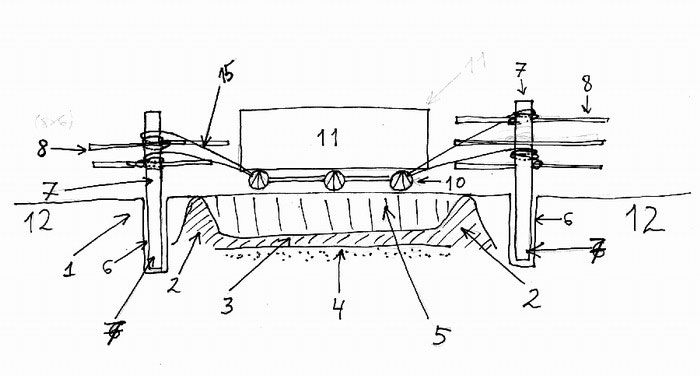 Posteriorly megalith was pushed through a lever (No.13). The part of the lever (shoulder), which is moved by people, is equal to 5.

Every side of the road has one lever arm. Every lever arm was pushed by 5 or more people. The force of every man increased fivefold by lever. Thus 10 people could move even 25000kg.

Lever axis (No.14) could be a log (No.7) which was put in a pit (No.6) vertically or climbing boots for walking on ice consisting of wooden pegs (consist of a bundle of sticks that work as mountaineering shoes).

In this way a small tribe with This tool could easily move the megalith which weight 48000 kg. 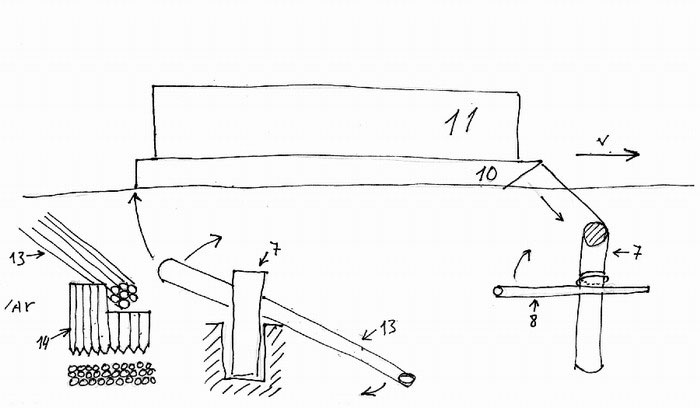